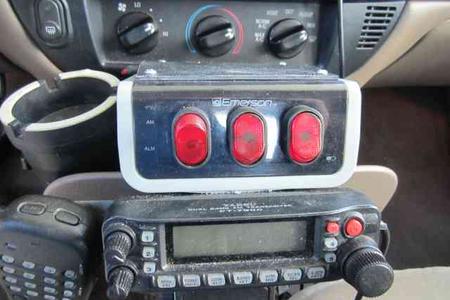 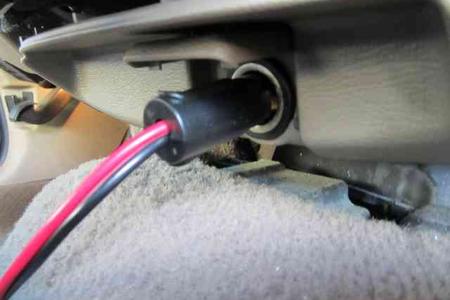 This is the view of the connection to the power port under the dash.

Since this article was originally written, there have been a lot of changes. My wife passed away and her car became mine when I sold my SUV. Since the installation of the radio in her (now my) car would be a little more permanent, I made some changes. I added a GPS and a switch box to control both the radio and the GPS. The original components, the mounting method for the control head of the radio, the mic hanger and the speaker were all re-used, but the unit no longer hangs from the front of the cup holder/ashtray unit. Instead, I zip-tied the switch box/mount to the cupholder. The install is still powered through the power port under the dash as I have not gotten up the courage to drill a hole through the firewall of the car. Funny, I know, but my late wife said "No holes in the car!" and I still have trouble ditching that restriction. Power from the power port (cigar ligher type socket) has been free of RFI and pretty reliable so far. I have added some pictures below of what the install looks like now. BTW the switch enclosure is from an old dead alarm clock.

The back of the mount shows how the felt pads protect the finish of the vehicle dash panel and how the hooks were padded for the same purpose. 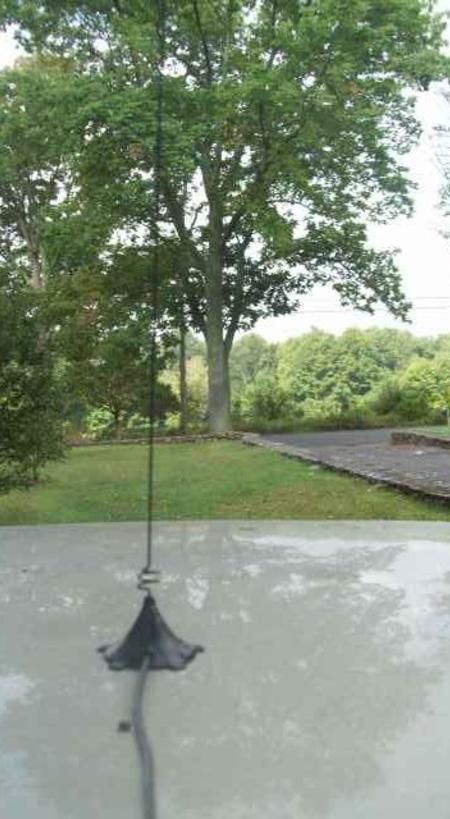 This dual band antenna, while light and small is capable of putting out a good signal. The coax (RG-174) can handle 50 watts and the losses on a coax run of less than 9 feet are minimal.

Here is the temporary mount for the control head of the FT-7900. In over 2000 miles of driving it has not fallen off the pull-out cup-holder panel it is mounted on. 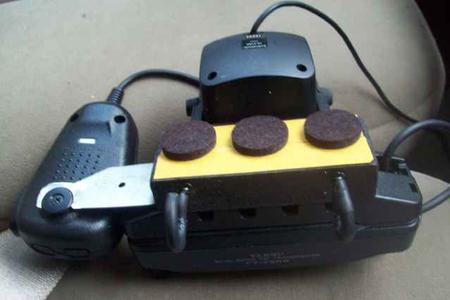 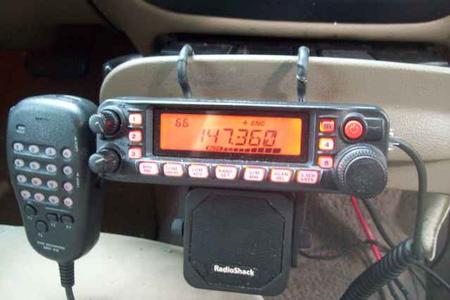 A Temporary Installation For Use In Emergencies

This is for those times when you have to install a transceiver for a short time use such as during an event where you may be using a supplied vehicle or you want to take the mobile on a trip but you don't want or need a full on installation.