This is W1ARs installation of a Hustler 5-BTV in a "bent" configuration behind the structure of her patio. Unorthodox, perhaps, but it apparently works very well. 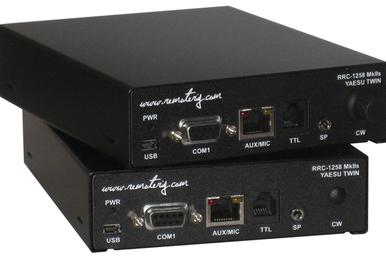 Here is the RRC-1258 MkII-S. The radio body plugs into one, the control head of the radio plugs into the other. They both plug into routers connected to DSL or broadband and away you go. There are several models to fit the needs of various radios and manufacturers. This one happens to be for Yaesu, but there are models for Icom and Kenwood as well as Ten Tec and Alinco. 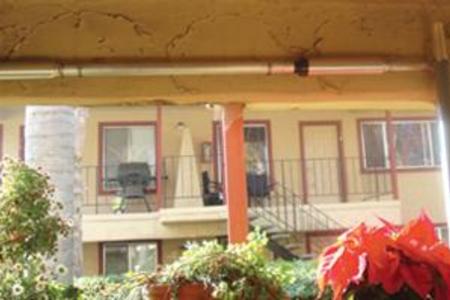 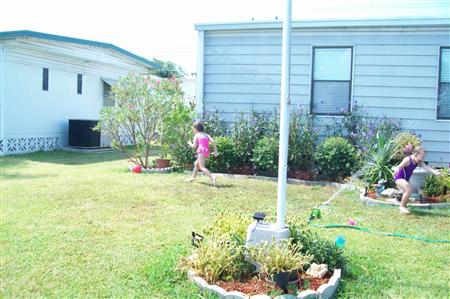 There are many solutions to the problem of keeping your ham radio antennas hidden from the CC&R "Police". These are just a few.