On another note, a book that I had ordered arrived today. It is the instruction manual for a GP-15 locomotive and it adds to the various rule books and employee timetables etc. that I have been collecting. There are more manuals and other rairoad materials on the way so when they all get here I will add pictures of the whole pile of additions to the various collections. 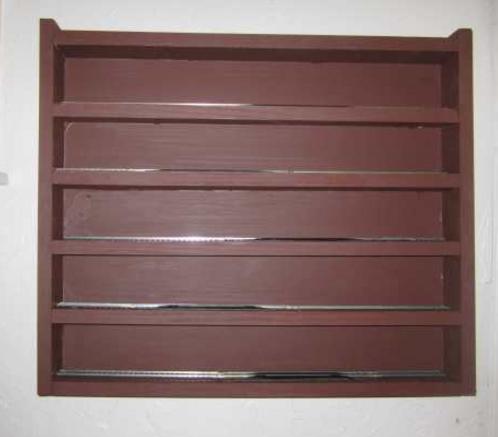 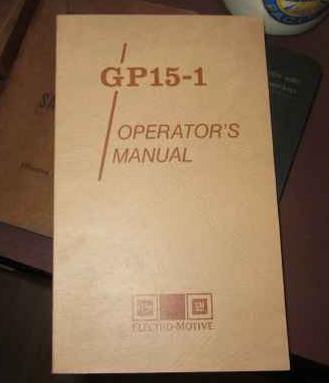 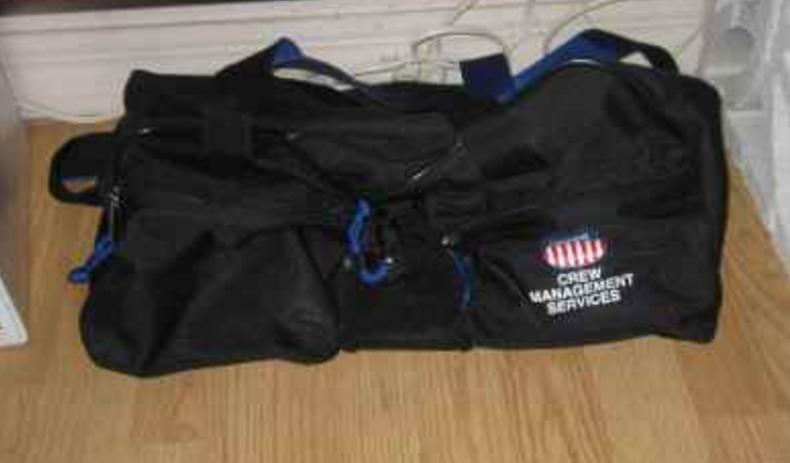 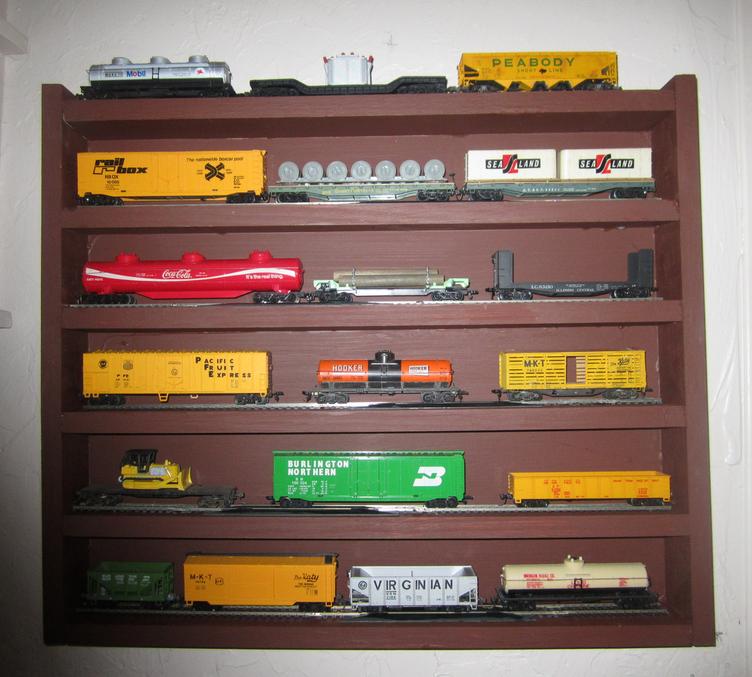 Here are two new additions to the collection. The conductors hat actually came from Amazon but the hat badge is authentic LIRR. The second photo is of a operators manual for the GP15-1 Locomotive and makes a nice addition to my "paperwork" collection. More to come next week.

Next week is here and here are the two new items that I have added. One is for my car the other is for the railroad memorabilia collection.

The latest addition to the living room/man cave/train room is a coffee table. I don't drink very much coffee but it is a convenient place to store my "coffee table books" and as one can see in the second picture it easily converts into a kind of desk where I can use my laptop if I don't want to go back into my office. I began the assembly of the table myself but when it came time to mount the top onto the base I enlisted some local help. Our local handyman came over the same day and together we straightened out all of my errors and got the darn thing properly assembled. When I am watching my TV in the evenings it will be a great place to set some nibbly bits down.

You may also note that the collection of pins has also moved to make room for the caboose display which will also be moving to make room for the next display case. That one will probably feature some passenger cars from the golden age of railroad passenger service. On Tuesday, June 1st, the two other railroad police badges that I ordered finally arrived earlier than the vendor imagined. They look very nice and are now mounted with the original two in the shadow box my son-in-law made for me.

This is a hitch mount plug with a sign on the end for the New York New Haven and Hartford Railroad. I have ridden the "New Haven" may times because I went to school in New Haven at the Yale-New Haven Hospital. And I took my registry exams (which in those days were oral examinations) in New York. I was also occasionally travelling back and forth to Canada while I was going to school. Once I even got a cab ride in an FP-9 (I think) while returning to New Haven from Canada. It was a great experience and one not to be forgotten. The plug has now been mounted on the hitch mount on my car. It looks great. Another addition, and possibly the last one, to the railroad memorabilia collection is a proper conductor's punch. It looks fine but the punch part itself is a little rough. That is OK by me as it is just going to sit among the other items and be appreciated for what it is, a relic of railroading from long ago.

This is the new ticket punch which arrived today. It punches a very neat small flower shaped hole in the paper as you can see from the picture to the left. Having two punches also demonstrates that each conductor had his or her own unique punch, at least back in the day before computers. My collection of ticket punches is now up to 5 with two more to arrive next week. That will complete my little collection of punches as I have no more room in my "man cave" to display them. The one that arrived today punches a letter "H" which seems appropriate, and even came with it's original box. 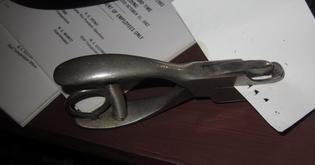 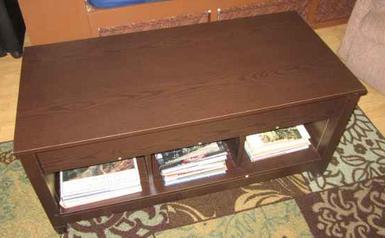 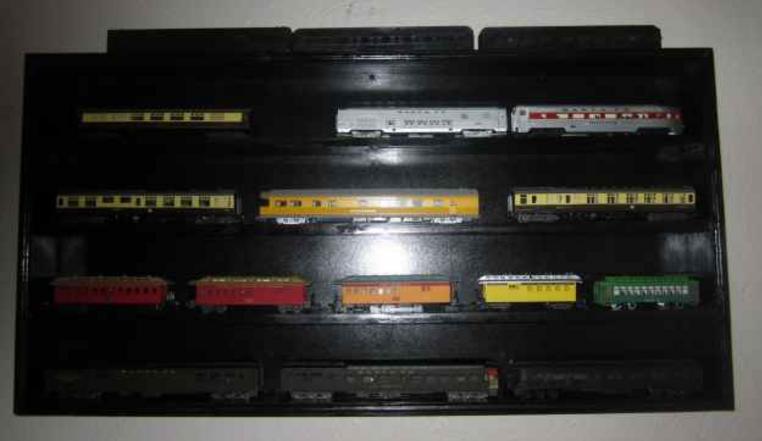 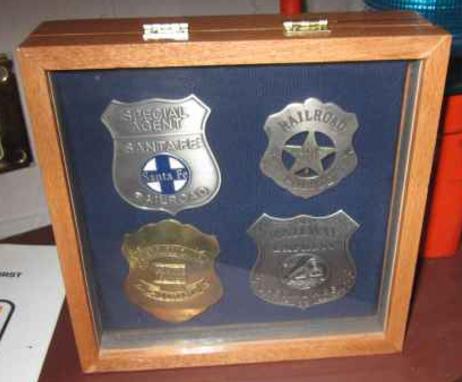 By the way, even doing the much simpler dispay case was much harder physically than I expected so I truly appreciate all the work my son and my daughters and my sons in law put in to get my "Man Cave" to this point. Many, many thanks to everyone.

This is a crew duffle bag usually used for a clean change of clothes after a long day in the locomotive. 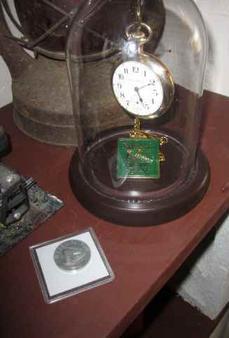 here is the display case I made for the freight car collection. It is not as fancy as the ones my son in law Gabe made for me but it does fit in well with the most of the furniture in the room. My bookcases are painted the same color and instead of Gabe's slots cut into the shelves to act as tracks, I simply mounted sectional track on each shelf. The case is held to the wall by a "French Cleat as are most of the other display cases. Tomorrow I plan to start collecting the freight cars to go on the shelves. Each track has a rerailer section in it which will make installing the cars easier. One small note: I changed the location from the end wall next to the Kitchen and placed the display case at one end of my daybed. THe picture that was there will be going on the end wall by the kitchen. 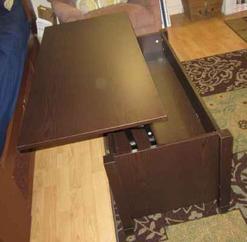 This is how thr railroad memorabilia collection looks at the present time.Below is a shot of some of the additions. 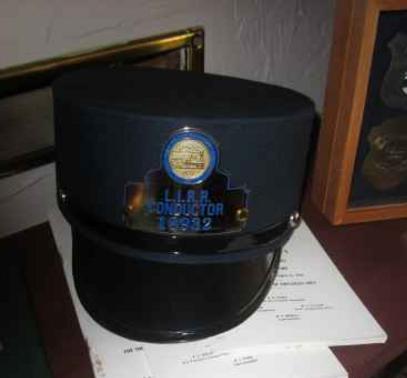 This is the latest and probably final aquisition. A proper conductor's punch. Eac conductor in the old days had a distinctive punch that made a punched hole unlike that of any other conductor. This one makes a hole in the shape of a bird . You probably cannot tell from the photo but take my word for it.

The collecting has restarted. This is the beginnings of a collection of various passenger cars. I am hoping to make it if not complete at least representative of the various eras in car development from the early days of rail travel through the amtrak days.

Here is the final collection, passenger cars from various eras in assorted railroads. The units with the brown underbody and paler yellow stripe along the windows are actually British in origin. The bright yellow and gray observation car on the middle shelf is from Union Pacific. The second from the bottom shelf contains passenger cars from the 1880's plus one street car (in green). The silver cars on the second from the top shelf is a streamlined observation car and a super dome car from the 1950's and on the bottom shelf are heavyweight cars from the 1920 to 1950 era on the Pennsylvania Railroad.

i know I said the collecting was done. Then I realized thatI did not have a display of any freight cars. Just Locomotives, Passenger Cars and Cabooses (cabeese?). My dear Son-in-Law, Gabe, has been more than just helpful. So far he has built three of the four display cabinets that are on my walls. Rather than push my luck and ask him for another, I decided that I would build one myself. Not super fancy like the ones Gabe built, but relatively simple out of 1 x 3 lumber and using sectional track that obtained from my model railroad club at a very cheap price. I figure I can build the whole case out of two 8'  1 x3's and one 2' x 2' plywood "project panel that is 1/4" thick. That plus one small can of stain or paint should be all it will take for me to construct one myself. I am not in any way unhappy with the job Gabe did in the past, I just think it is time I stopped sponging off my relatives and did some ofthis work myself. Once I get it built I will of course post pictures of the beast once it is loaded with freight cars of various designs. 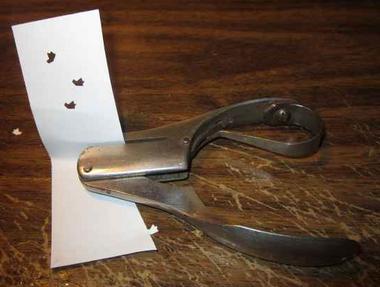 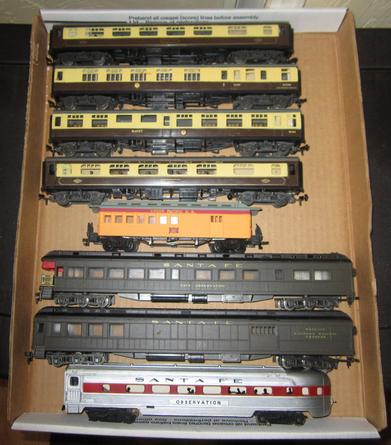 Here is a photo of the completed badge collection. Both they and the shgadow box look perfect to me.

The picture above is the result of a very nice morning at the model railroad club I belong to. I was able to find and purchase enough various types of freight cars to fill the display cabinet that I made. While I have no intention of starting another collection, I will be updating the current collections as unusual items become available within my budget. Already there is a depressed center flat car with load that is on its way to me from Ebay. I got it for the original bid of $10 which I thought was fine and it will be replacing at least one of the cars in the current collection. Also on the same day I found a "Super Dome" passenger car from the Santa Fe which I used to replace one of the British cars in my passenger car collection. Similar deal only it was even cheaper. The depressed center car has arrived and so the picture has been updated to show the present state of the collection. I have replaced the original somewhat cloudy picture shot with my cellphone with one I shot with a proper camera, much improved view in my humble opinion.

I know i said that the conductor's ticket punch was my final aquisition, and at the  time I meant it. However, I was not completely happy with the condition of the punch because it tended to tear the paper rather than make a clean punch through the paper. Thus I am bidding on another punch which, if the pictures are to be believed, has a much more precise punch mark. I am going to stop suggesting that my collecting days are over as I have been proved wrong on many occasions. Let's just say that my collecting is moving to a slower more gentle pace that the past years would indicate. 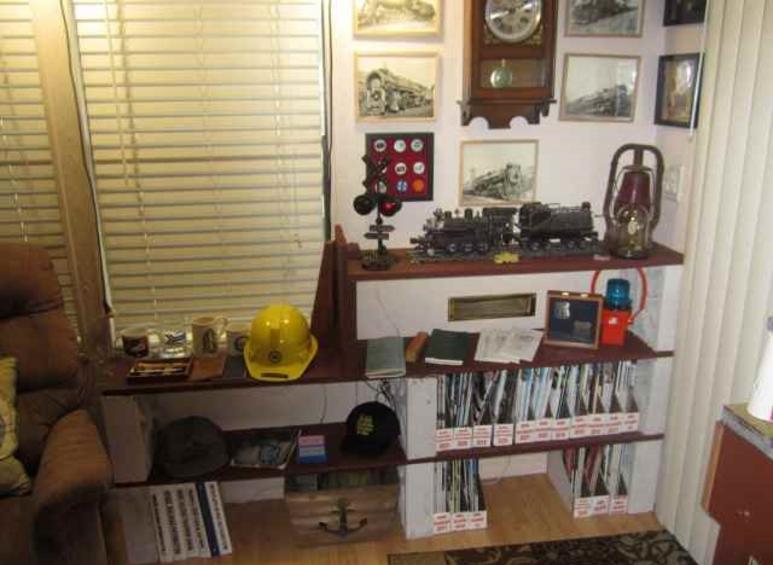 The last couple of items I have purchased were a couple of belt buckles with railroad motifs, one for the Denver and Rio Grande and the other for The Union and Central Pacific Railroad. My collection of railroad memorabilia is as big as it is going to get unless some amazing deal comes my way. The same is true of my other collections, passenger cars, cabooses, locomotives etc. Now I will concentrate on my tasks at the model railroad club, RealRail as the sales clerk of the club store. I am attempting to divest myself of some of my duties at the Manatee Amateur Radio Club where I am the Newsletter Editor and the Club Librarian. THe latter is the post up for grabs as I need the space to house my books about railroads other than my coffee table. The radio club is restarting live in person meetings although the arrival of a tropical storm on the same day may affect thar. The railroad club has been holding in person meetings as part of our normal Tuesday club activities with all the usual precautions. So far we are still all OK. 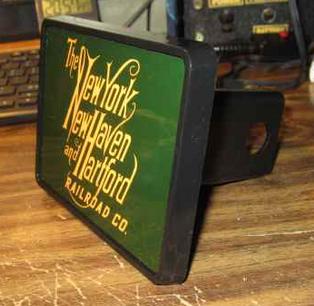 This is the current state of the collection  of conductors ticket punches. There are two more still to arrive but that is where the punch collection will stop, I think. The one that is on top of a green box has a very neat punch, a miniature letter "H". It came with the original box it was purchased in. Kind of neat.