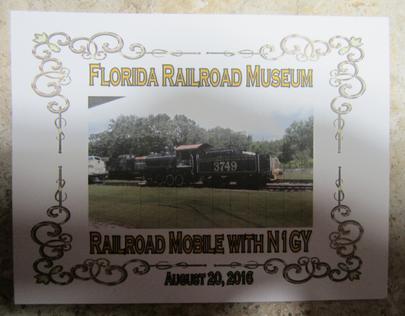 Me again, talking to one of the many contacts we made during the train ride. I did make use of an extra battery pack to make sure we would not run out of power during the ride. Dan tells me he is going to try to have a dual band antenna permanently mounted on one of the cars so operations will be easier to set up in the future.

This is the front of the QSL card I designed after the trip. Sorry for the uneven lighting. 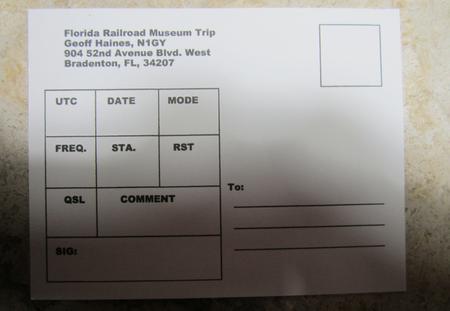 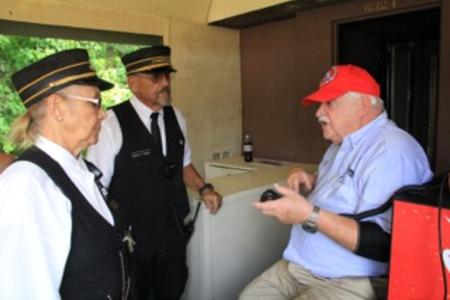 On the 20th of August I was invited to be a passenger on the Florida Railroad Museum's train. I was also encouraged to bring a radio as the Conductor for the trip was also a ham, and as it turned out, so was the engineer on the train. I brought along the 25 watt battery powered  JT-270MH and a spare 14 AH gel cell battery pack along with a mag mount antenna. The combination worked like a charm in most respects. Next time I will add a set of headphones in parallel with the speaker as the high ambient noise level on an open-air train car forced me to ask for repeats on several contacts. When I got home I immediately set to work on a suitable QSL card and within a couple of hours the cards were filled out and mailed off to each of the 19 contacts I made in roughly 45 minutes. I would point out that there was no advance publicity to this railroad mobile test and we still got quite a few contacts. Below are some photos taken by Phil, N8IPS who was also on the train with our little group. I apologize in advance for the quality of the pictures of the QSL card. I took those myself (no reflection on Phil's ability with a camera. He is a total professional as a photographer.)

This is yours truly in the open air car. The antenna was moved for the shot because in its normal position on the angled portion below the window it was almost invisible..

This is a shot of me explaining ham radio to one of the train's volunteer staff. The gentleman with the beard is Dan Thorpe, KJ4YMU, our host on the train. 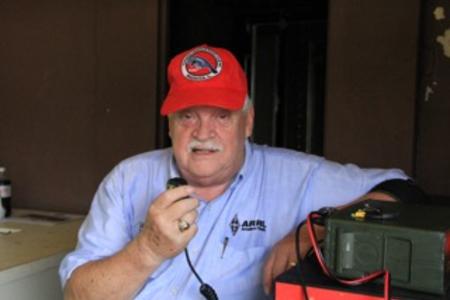 The back of the QSL card. I printed them out on my ink jet printer four to a letter size page of cardstock. 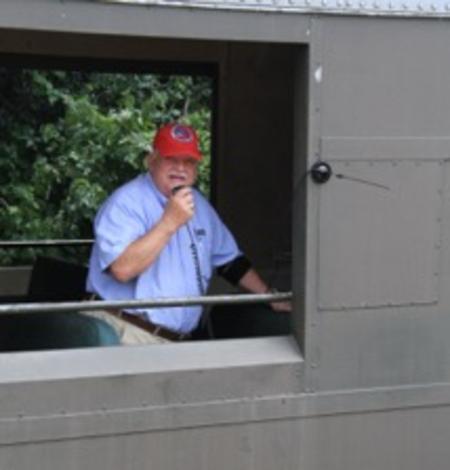