This article won the QST Cover Plaque Award for December 2007  I was very honored and humbled to receive this award. Any author likes to know that their work is appreciated, but to receive such an award was totally unexpected and left me walking on air for weeks. This morning October 17, 2018, I was informed by Randy Romero from MFJ that the company is going to update their advertising for their version of the Octopus Antenna to include a statement that it is based on my article from December 2007 in QST. They are also going to add my name and call sign to their advertising for this antenna.

​         In the intervening years since I wrote this entry, a number of changes have occured. The "Octopus Antenna" went from being a field set-up antenna to being my primary antenna at my QTH. It is mounted on a 22 foot flag pole that used to be a mast for a sail boat. It is fed by a buried coax cble that eventually runs to an LDG autotuner that used to reside in my SUV and now is bolted to the side of my operating position. Since my advancing age has rendered participation in outside operating to mostly a spectator activity and since the restrictions my location places on the position and type of antennas available ( I have electric service wires running parallel to my house and less than 10 feet horizontally and maybe 20 feet vertically away from said house) the option of a full size dipole like a G5RV or other multi-band dipole is impossible. Most of my VHF/UHF antennas got "grandfathered" in when the new park management re-wrote the prospectus but any new antennas like my 220 antenna had to be not visible from the street. At least they did not say that I could not have any antennas at all.

MFJ has announced the production of two different versions of the "Octopus Antenna". One will be for 250 watts and one will be capable of 600 Watts. Their digtal catalog listing now has the notation about being based on my article in the December 2007 issue of QST with my name and call sign. 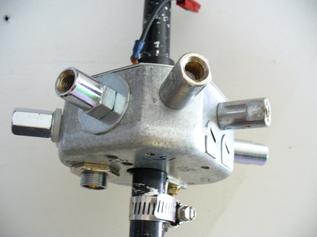 This shows the schematic diagram of the wiring of the antenna elements. The text in the diagram did not transfer well so here is a recap: 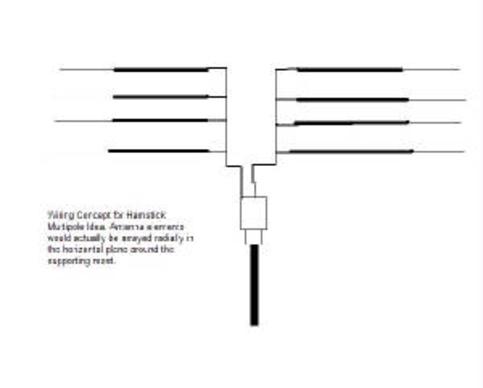 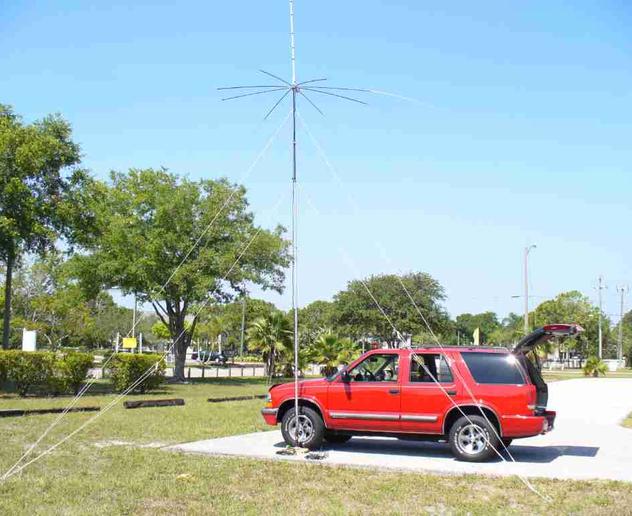