I just noticed an error in the circuit diagram when I posted it. The regulator is designated an LM-317T. It should say LM-350. No big thing as far as the circuit itself goes, either regulator will work with this circuit, but in the interest of accuracy, the unit in the variable PS is actually an LM-350 which gives it a little more headroom in amperage. 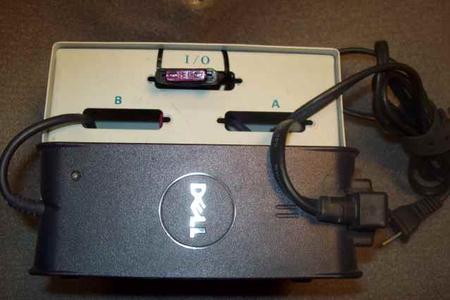 This is the back view of the variable power supply. The laptop PS is wired into the VPS as its source of DC voltage. The "brick" is secured to the back of the enclosure by a goodly dollop of hot glue. It will be reasonably easy to disengage it if repairs or modifications become necessary, but it will stay in place until such time. 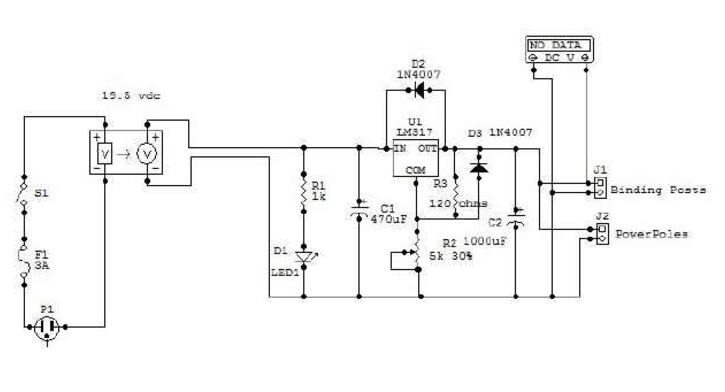 A Variable Voltage Power Supply For The Workbench

The inspiration for this project was the need for calibration of another project, as yet unstarted at several different voltages. A search of the Internet gave me a good start but in the end I needed some assistance from a fellow ham with much more skill and training than I. 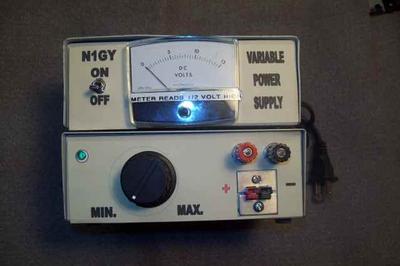