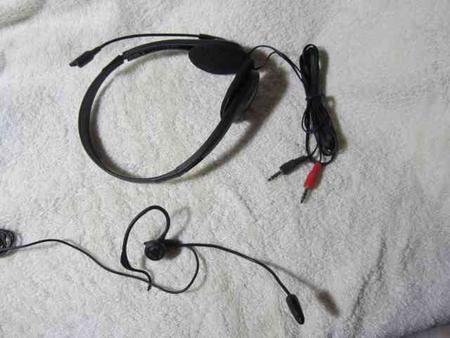 This diagram had to be split into 2 as the one above was already done and the one to the right was necessary to explain the method for attaching the external speaker lead to the main flat cable that runs from the mic connector to the adapter. The yellow and blue wires are snipped some distance (about 3 inches) behind the RJ-12 plug and spliced to a length of 2-conductor cable with a mono 3.5mm plug on the other end. A separate cable for the external speaker lead could be used but since the yellow and blue wires in the 6 conductor flat cable would have no function in the adapter circuit I decided to use them for the receive audio.

This is the circuit used for the FT-817ND, FT-857 and FT-897. The adapter uses a CAT-5 cable with an RJ-45 modular connector on one end. In a similar manner to the FT-7800 adapter, a 2 conductor cable with a mono 3.5mm plug is spliced into the CAT-5 cable and connected to the brown and brown/white wires inside the cable. The brown wire connects to the ground side of the mono plug and the brown/white wire connects to the tip of the plug. The orange and orange/white wires are not used but could be connected to two small pushbutton switches (normally open type) for UP and DOWN controls. The other side of each switch would be connected to the blue wire which is ground. 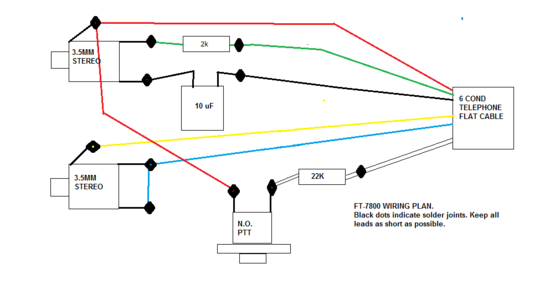 These are the two types of headset that I include with the headset adapters that I offer for sale. The one at the top of the picture is a standard "Skype" type headset which works quite well. The smaller "earset" type at the bottom also works very well and slips over either ear. Both are light and easy to use. The choice is merely one of personal preference. 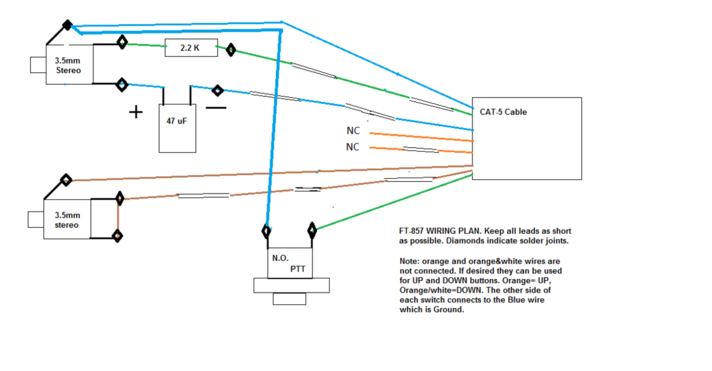 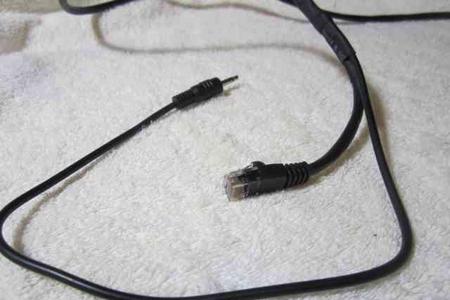 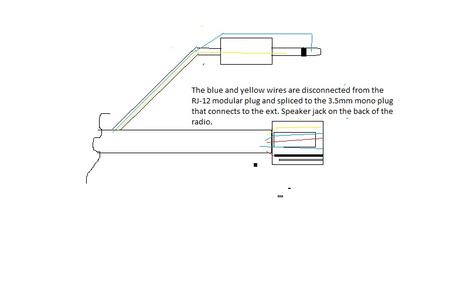 Here is a photo of the cable end. The cable for the receive audio with the 3.5mm mono plug on it is spliced into the CAT-5 cable and connected to the brown and brown/white wires which are cut and disconnected from the RJ-45 plug.

A Headset Adaptor for Some Yaesu Radios