This diagram is for radios using the RJ-45 mic connector 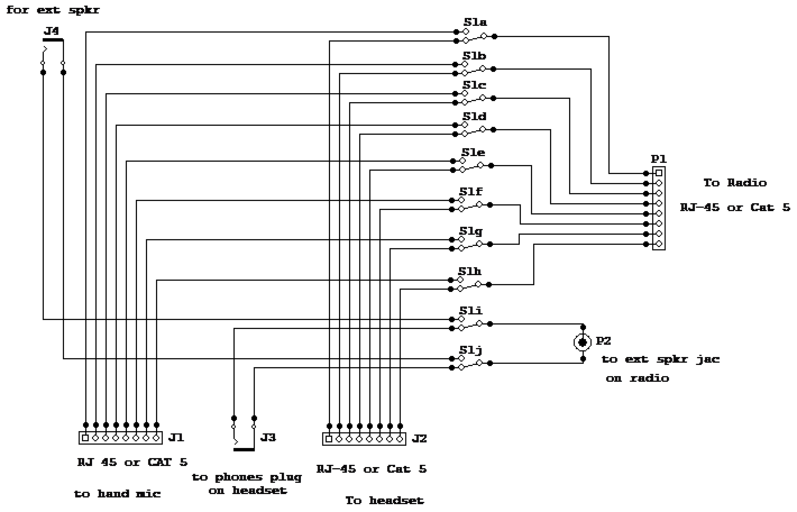 This is a new picture of the latest mic selector using the circuit above. Originally designed for the IC-706 (all variants) and 703, it can also be used for any radio that uses an RJ-45 connector for the mic input like the Yaesu FT-857, FT-897, FT-817 etc. All 8 wires from the female RJ-45 jacks are switched and the two lines for the external speaker/headphones jacks are switched simultaneously on a different set of contacts. If one uses a headset for operating as Net Control but a hand mic for rag-chewing, the change is made with a flip of a knob rather than plugging and unplugging fragile cables. On the 706 series of radios, which includes the IC-7000, all of the connections can be made at the back of the radio so no extra cables show in the front. The basis for the selector is a Data Switch, now pretty obsolete since the development of USB. They can still be found at hamfests and computer shows if one looks for them. There is not much to the conversion technically, just a lot of tedious soldering and the creating of new openings to fit the RJ-45's and the holes for the external speaker and earphone jacks. You will need at least a 15 pin Data Switch to handle all 10 lines but they are very common.

You will note some changes in the circuit as built in this version and indeed in all of the recent versions. First I have eliminated the separate PTT jack as the headset adapters that I build and indeed most commercial headsets have the PTT built into the cable to the radio. Second, the cable connecting the external speaker jack on the radio to the selector is now built in to the selector and does not require a separate jack. Third, I have moved (most of the time) the RJ-45 female jacks to the front of the selector box rather than the back. The selectors that I use here at my station have the hand mic jack in the front and the headset jacks are in the back because I have built extensions to bring the headset jacks out to the front in places on the operating desk that are more convenient for me.

This selector can also be built using RJ-12 6 pin jacks and plugs for the Yaesu FT-7800, FT-7900, FT-8800, FT-8900, FTM-100 and FTM-400 series of radios. The same concept is used, all of the mic lines are switched straight through and the 2 lines for the external speaker/headphone jacks are separate but switched simultaneously. 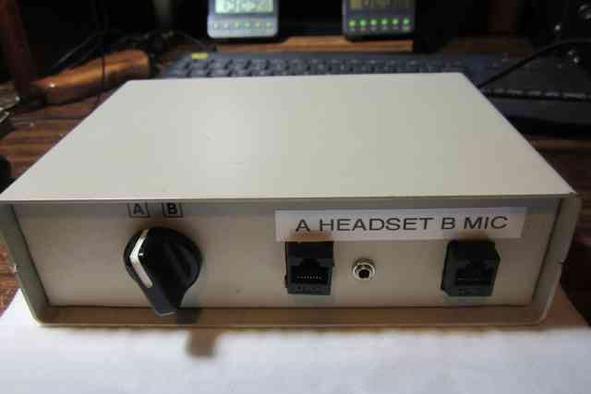 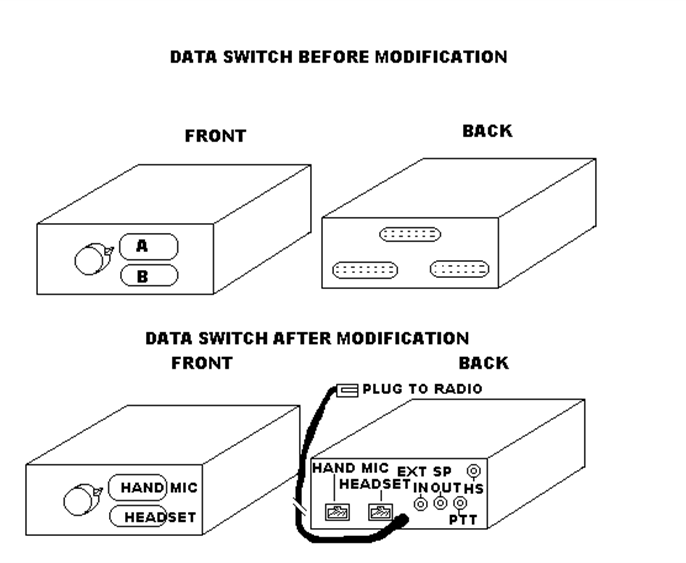