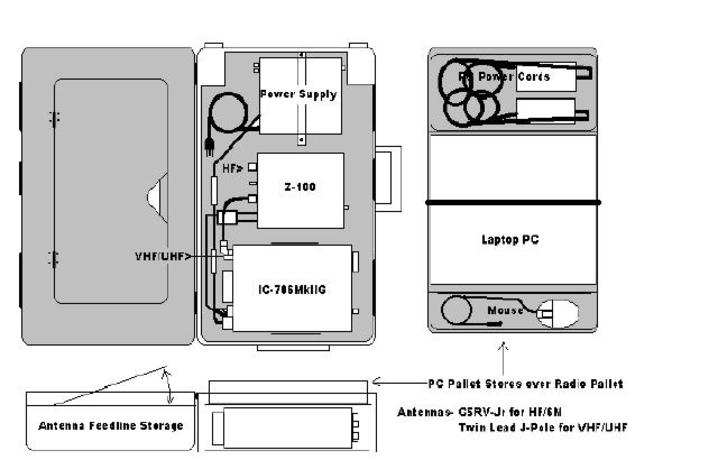 Here, I am demonstrating the RIB1 at ARRL HQ in Newington. The pallet with  the radio, power supply and tuner has been removed from the case to make it less bulky.

This is a diagram showing how the pallets and storage are arranged in the case.

The Radio In a Box Mark 1 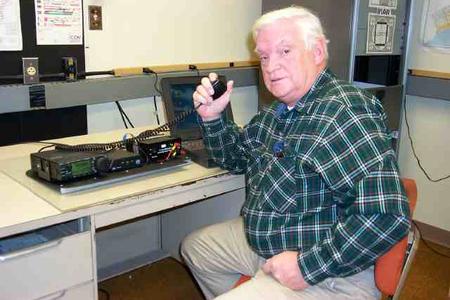