The box is clearly marked with name, call and numbers

There is also a mount for soft surfaces. A spike type

The antenna mast is telescopic extendable to 10 feet with a dual band antenna on top of that. 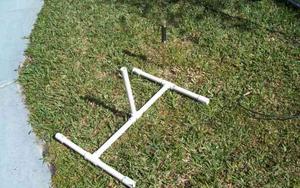 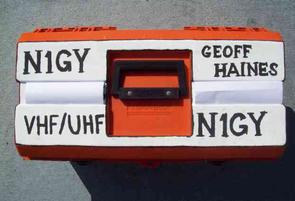 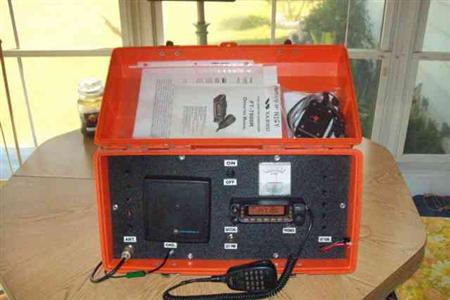 Emergency Radio In A Box MkII "The Remake"

Another version of a radio station in a box