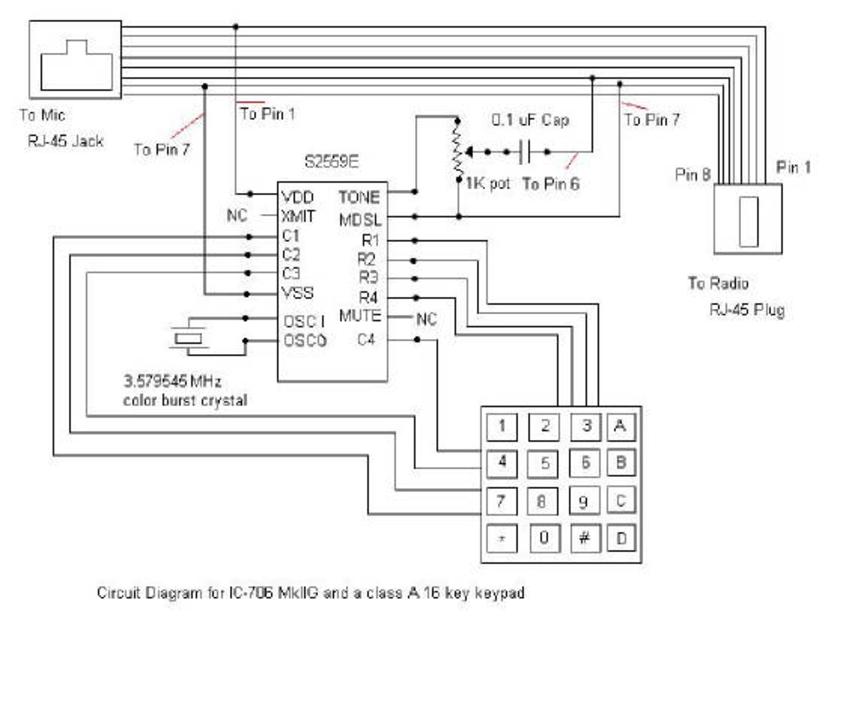 The side view shows where the stock HM-103 hand mic plugs in to the Keypad. All 8 pins are connected through to the RJ-45 pigtail that connects to the IC-706. 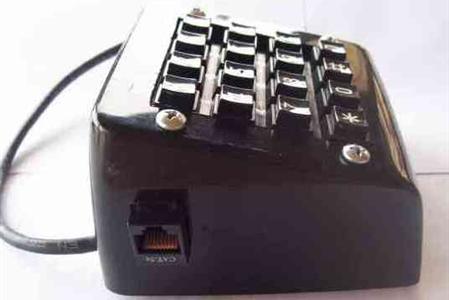 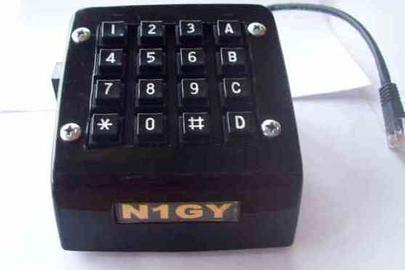 Here is the front view of the DTMF keypad. I even was able to insert a small label with my call where the telephone number used to go. I have since replaced the ugly silver screws with much less obvious countersunk flat-head screws that are black in color. Looks much better.

A DTMF Keypad for Radios Without One

This little project came about because my local radio club is planning on adding Echo Link to our repeater. The pictures below show the final version of the DTMF Keypad. Thanks to Harry. WD9FYF, who supplied the perfect enclosure for this project. Also thanks to Chuck, W4CLL, who supplied the CES 600L microphone which supplied the DTMF IC and crystal.