This is just one of the many configurations this antenna can take. It can be a big and wide as a "Texas Bugcatcher" or as narrow and svelte as Frank King's $20 HF Antenna in the April 2000 QST which was the inspiration for this latest project. 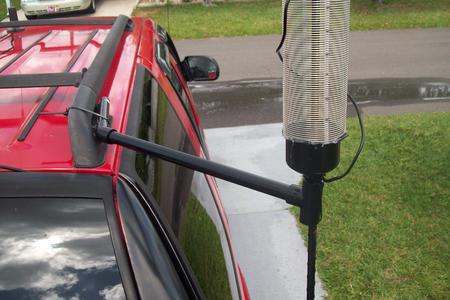 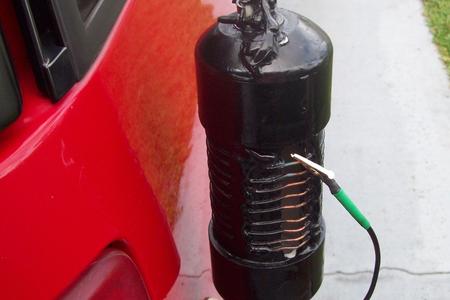 The PVC brace fixes the antenna vertically and removes any strain on the ball mount caused by the antenna which is somewhat heavier than the previously installed "Hamstick" style antennna. The brace is screwed to the luggage rack base with decent size screws. The wire tie in the photo is left over from the installation and has since been removed. ADDENDUM: The brace is now bolted to the luggage rack via two studs installed in the rack, using wing nuts to hold the brace to the rack.

The matching coil was wound on a 2" PVC pipe form with a slot cut in the pipe to permit easy connection of the alligator clip on the fly lead. The heat shrink tubing at the lower left of the coil protects the braided copper strap that connects the bottom of the coil to ground. The connecting points on the coil have since been tinned to retard the patina on the bare copper wire of the coil. ADDENDUM: A Power Pole connector has been installed in the ground strap which along with the changes to the brace makes the removal and re-installation of the antenna much easier.

This antenna is what I call a "Variation on a Theme" because it has been built and written about many times in many different configurations. This just happens to be the way I built mine. 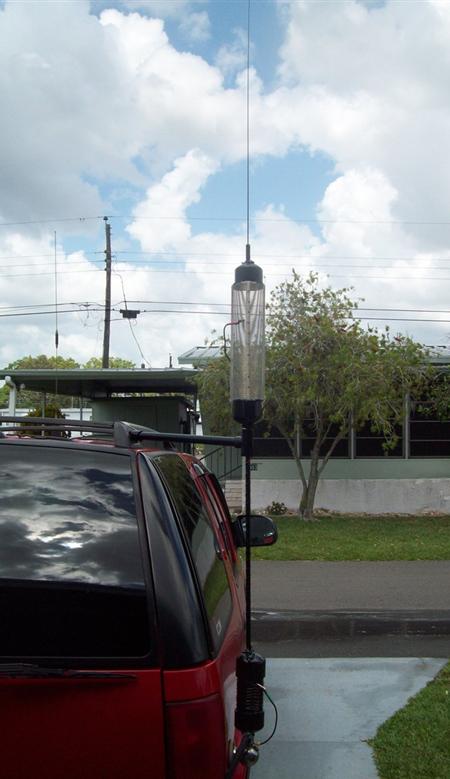