A few months ago I realized that the LCD display on one of my beloved Icom IC-706MkIIG’s was turning darker. It appeared as a faint grey cloud in the middle of the display and over the course of the calendar got bigger and darker  until it was significantly obscuring the information the display was supposed to be showing me, like the frequency the radio was set on, the memory number etc. I poked around on the Internet for a cure and found out that there is none. I poked around on E-Bay and there were no 706 control heads to be had. What was I to do?

Then one night it occurred to me! Hams have been connecting transceivers to computers for years. While I had no need for many of the exotic functions of Ham Radio Deluxe, all I needed was a way to display the frequency that the radio was set to. A freeware program like “Commander” from DXLab would be more than sufficient. The only new item needed was called a CT-17 cable. Icom is quite happy to sell you a CT-17 for what I consider an exorbitant amount of money. It is very nice, lets you connect 4 radios to a computer at once and is complete overkill for what I needed. A quick tour of E-Bay and Amazon showed me a cable that needed no accompanying drivers since it had a FTDI chip which Windows already recognizes. “Plug and Play” they said. OK I ordered one from E-Bay for less than 24 dollars. Of course the USPS promptly lost it. I of course got ticked and ordered one from Amazon for the same price. It came in 2 days. It would have been one day but I ordered it on Saturday night. An email from the vendor on E-Bay agreed with my opinion that the post office had lost the first one and promptly sent me another cable. 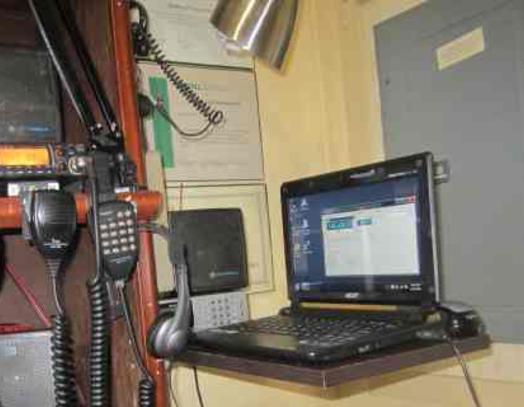 In the meantime, I downloaded “Commander” and prepared my laptop to do temporary duty as a kind of super-sized display for my 706. Ed, N14MX came over and after updating my laptop so that the drivers were actually in the laptop, the whole system worked like a charm. I have had the system in use now for a couple of days and turning the radio and the laptop off at the end of the day and back on in the morning has no effect on the system except that the app defaults to VFO A for both the radio and the software. Simply switching the radio to memory mode brings everything back into the correct mode on both. Wonder of wonders, the same day Ed came over to shepherd this “appliance operator” through the intricacies of computer software, the missing CT-17 cable showed up along with the replacement cable the vendor sent me. I now have a total of three CT-17 FTDI cables of which I only need one. If anyone has a use for an Icom specific CI-V cable, they work with any Icom radio that has a CI-V port meaning virtually any Icom radio for the past 20 years, let me know and if the cables have not already been claimed we can work it out. These cables are brand new still in the packaging.  The upshot to the whole thing is that I now have a clear display of the vital info from my IC-706MkIIG and I can still use all the buttons and knobs on my 706 control head. The software just follows along and neatly displays what I have changed. Future plans may include swapping the laptop for a netbook which will be considerably smaller and may be able to mount right on top of the radio instead of sitting on valuable desk space. 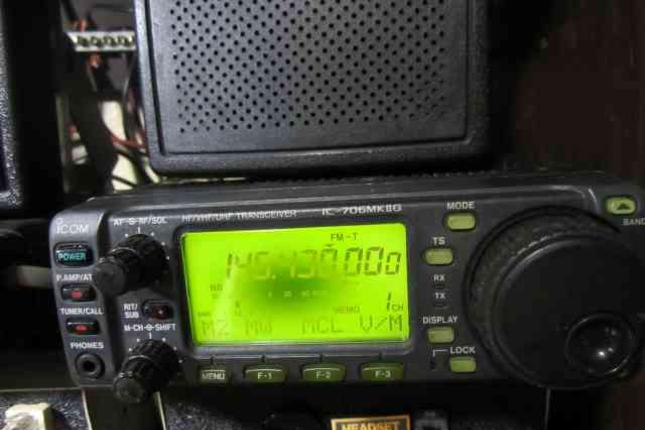 The picture above shows the display on my laptop which has a 15" display. the laptop has now been permanently replaced by a 10" net book that was donated to me by a fellow ham NI4MX. I have given it it's own mouse, just barely visble behind the net book and also ordered a couple of batteries that should arrive in a day or so. I also replaced the power block for the net book since the one that came with it worked but was not quite the correct one. That one will be returned to NI4MX since the unit it belongs to will probably be happy to be re-united. The connector that plugs into the unit is pretty specific to each. IN any case the display problem is now permanently solved. 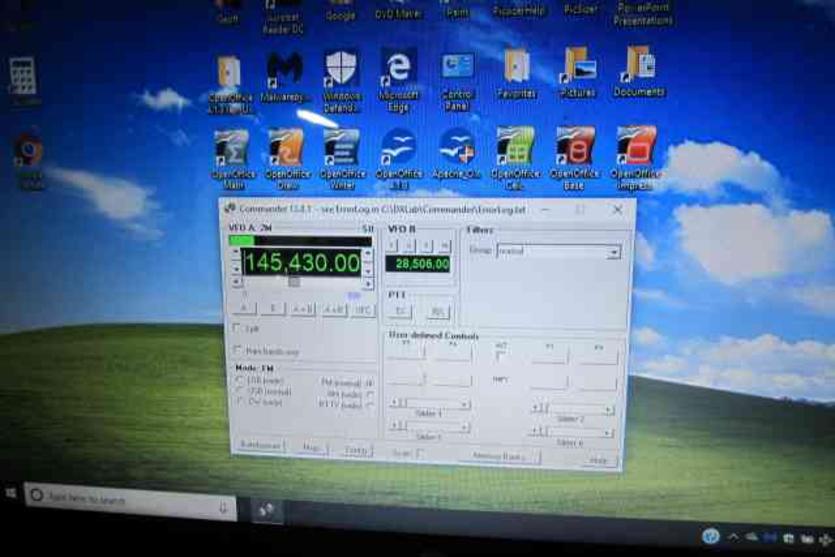 ​An Easy Fix For a Bad LCD Display