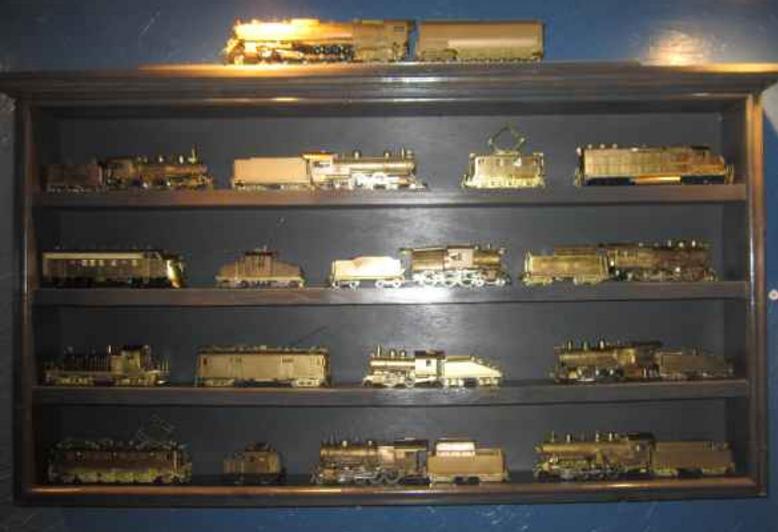 Here is the latest aquisition. A PRR B-1 electric loco. These were ordered at first in pairs, semi-permantently coupled together. On the next order they were ordered as single units and the original 6 pairs were separated into single units 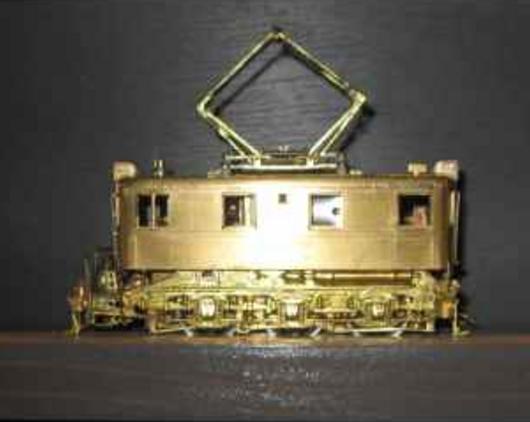 The next three pictures are of my purchases at the Real Rail Train Show today. Above is a nice set of Budd cars, the combo car is powered the coach is a dummy. Very nice and only $30.

Here is another type of crane car with a caboose like structure sharing space on the flat car. It does need a bit of repair to reattach the hook and cable to the end of the boom, but at $5 I thought it was worth it to get a cart I spent the day searching for. I will be back at the train show tomorrow, working as I did most of today, but there may be some super deals as the dealers are packing up and want to make that last bit of sales before they go home.  I also picked up an HO scale forklift to add to the detail around one of the industries on the layout.

This is a light duty crane and a flat car carrying rails and assorted stuff. I think it was about $10.

The view above is the final one of that display case. 17 locomotives fills it to my definition of capacity. If I add any more brass models it will be quite a way off and will require a new display case. This case holds 17 locos and the four lower shelves each hold one diesel, one electric and two steam engines.

This is the latest and most likely final display cabinet in my railroad room. It is stocked with all the rest of my locomotives from the layout including the one that was on display by the local station. My Son-in-law, Gabe, came over today to assemble the case and I mounted the track and roadbed on each shelf as it was assembled. I had already painted all of the lumber so that only minor touchups would be necessary once it was ready to be hung. Gabe did a magnificent job on the display case and after I took him to lunch it was up to me to load all of the locomotives into the case. THe only loco left on the layout is a HOn3 Shay that actually resides on a low boy trailer to simulate a locomotive being transported to a different railroad museum. In the distant future I am thinking of having mirror panels made to fit behind each shelf to make the models more visible. That is an idea that may or may not come to fruition. Now as I take each loco down I will be able to determine whether it is DC powered or DCC equipped. My layout has the capability to do both but I have long since forgotten which locos are which. My next job will be to clean all of the track on the layout and make sure that the layout operates as intended. 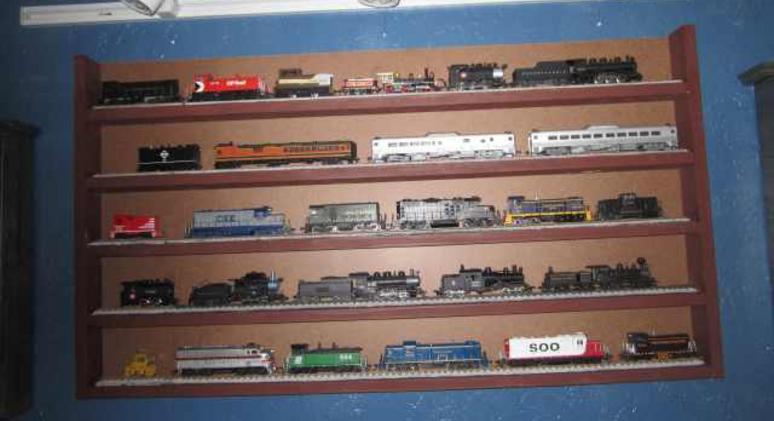 This is a picture of a unit that sadly, had to be sent back to the seller because it was DOA. The good news is that I was able to get another one from a different vendor that  even has DCC built right in from the factory. It should get here in about a week and then we will see if it is as advertised. These little "Trackmobile" units are generally seen in industrial environments shifting one or two freight cars around. Fast Forward a week or so-The new one has tested fine on the test track at the club and has now taken up residence on my layout. 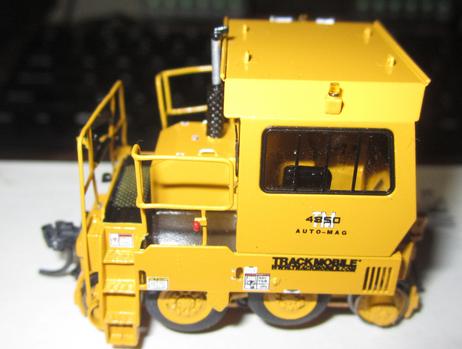